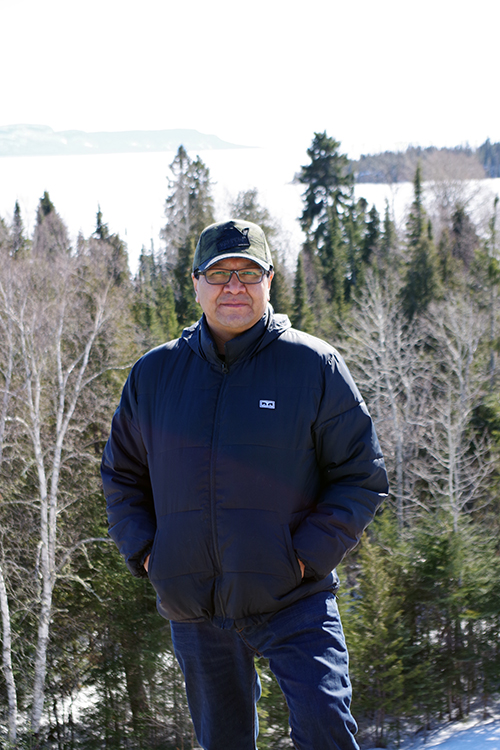 In the Anishinabeg creation story, humans are lowered to earth by a spiritual ladder to inhabit a newly created earth, to use all its abundant resources, to be allowed to use the land and its waterways as they needed, but never take more than needed as to do so with upset the balance of life.

Marten Falls First Nation (MFFN) Anishinabeg regard the land and its resources as a gift from the Creator to use and believe they have been bestowed the role as stewards of the land. MFFN people wish to see the lands, waters, and resources continue to yield its resources for the “seven generations” to come. The traditional pursuits of hunting and fishing promised in the Treaty are to continue but also the continued use of all other resources be available and that the people’s economy and ways of making a living be able to transition according to the needs of the people and modernity.

Marten Falls First Nation (MFFN) is in support of completing the Community Based Land Use Plan (CBLUP) by the required deadline set in the repeal proposal. Marten Falls First Nation has taken the position that completing the CBLUP to final plan would be a valuable joint MFFN- Ontario exercise to be used for future planning purposes. With the mines, roads, and related infrastructure developments proposed in the region, the land use planning offered MFFN a direct say in how the land was to be used economically, what environmental issues were to be examined, and ensured the continued preservation of areas of cultural (spiritual) significance i.e. burial sites, harvesting sites, and ecologically sensitive areas.

With the CBLUP process under the Far North Act, MFFN members had the opportunity to identify ATK sites including sensitive and cultural sites i.e., burial, hunting, ecological sensitive waterways (i.e. fisheries and spawning sites). Community knowledge keepers were given the opportunity to record specific areas 2 of 2 and points of the land to be cordoned off to any sort of resource developments and activity. MFFN would like to continue the ATK gathering in the plan to a satisfactory state; to do so, would help Marten Falls incorporate ATK into any environmental assessment and socioeconomic (including feasibility) studies that prelude resource development activities.

MFFN is uncertain whether the intent of transferring the MFFN Final CBLUP to the Public Lands Act will have the same intent as the Far North Act. MFFN would recommend the commitments of joint decision making and implementation in the FNA also be available in the Public Lands Act, if additional amendments were made under Public Lands Act. The proposed joint planning afforded a new way to address issues on regulations. i.e. Mining act, EA Act, Navigable Waters Act, Provincial Parks.
While the Far North Act seemed to have good intentions with First Nations, it also had shortcomings; the longstanding issues of reconciliation on land and water issues and First Nations-Crown relations were absent. The non-derogation clauses of Aboriginal and Treaty rights in the FNA were present but its effect was static; it didn’t afford MFFN with the opportunity to look at what could be had, in terms of nation building and furthering social and economic development initiatives.

The aspiration of MFFN is to always foster a Nation to Nation relationship when the agreements on
resource development with government are on the table. As progress has been made with recognition of Indigenous and Treaty rights including the right to self-determination, it is becoming all too frequent government officially steps back on policies on land use agreements and denies legal advances made by First Nations that would have helped with reconciliation efforts at all levels of government.

Marten Falls FN members have been impacted by industrial development by the diversion of river flows in Marten Falls territory on the Albany River at St Joes Lake Dam in 1958, on the Ogoki River at the Waboose Dam in 1943, and the Kenogami lake Dam in 1937. All the waterways were diverted south and was utilized for hydroelectric power and enhancing great lake water routes. No consultation or engagement was done much less notification or benefits given to MFFN. We cannot let history repeat itself with any new resource development.